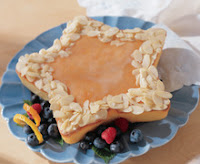 Variously known as the Fourth of July and Independence Day, July 4th has been a federal holiday in the United States since 1941, but the tradition of Independence Day celebrations goes back to the 18th century and the American Revolution (1775-83). In June 1776, representatives of the 13 colonies then fighting in the revolutionary struggle weighed a resolution that would declare their independence from Great Britain. On July 2nd, the Continental Congress voted in favor of independence, and two days later its delegates adopted the Declaration of Independence, a historic document drafted by Thomas Jefferson. From 1776 until the present day, July 4th has been celebrated as the birth of American independence. This most American of holidays is marked by parades, fireworks, concerts and family gatherings and backyard barbecues across the country. If you’re gearing up for the 4th of July weekend, you might want to think about stocking up on some picnic and barbecue staples. 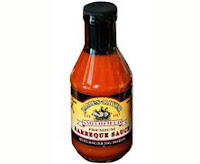 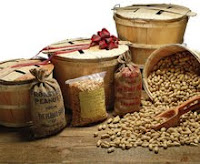 Graves’ Mountain Festival of Music opened last Thursday and ran through June 4 on the grounds of Graves’ Mountain Lodge near Syria. Fiddles, banjos, mandolins, dulcimers and guitars got new strings in anticipation of one of the biggest weekends of the year for bluegrass music. Thousands of fans turned out in droves to listen to some of the biggest names in the genre. There were perennial favorites like Seldom Scene, the Grascals, Lonesome Highway, the Lonesome River Band, Dailey and Vincent and Rhonda Vincent and the Rage. The festival also has earned a reputation for staying fresh and current by including acts that are creating a buzz in the bluegrass industry, or have never played this particular venue before. Much of the credit can go to bluegrass musician and producer Mark Newton, who books the acts every year. He helped found the festival in 1993, along with Jimmy and Rachel Graves and Sonny Ludlam. This year there was a Rural Rhythm Records CD for sale, "The All-Star Jam - Live at Graves' Mountain" which was recorded last year in celebration of Rural Rhythm Records’ 55th anniversary. It was named one of the top 10 bluegrass CDs of 2010. One of the tracks on the recording, “Graves’ Mountain Memories,” written by Carl Jackson, made it to the top 20 on the national Bluegrass Unlimited chart. Bluegrass Music Profiles magazine did a feature on the record for its recent issue. For 19 years, something special has occurred around this time of year at Graves' Mountain Lodge.